The results are in... Hotspot Shield is the fastest VPN.

“By far the fastest VPN…”

In a June 2018 study done by The Independent IT-Security Institute AV-Test GmbH, Hotspot Shield was the fastest Virtual Private Network (VPN). If speed matters to you when you’re watching streaming content, downloading/uploading files or just browsing your favorite websites, then we should be your first choice for VPN privacy and security protection.

The easiest way to compare VPN speed is the download speed test. This test shows how we compare to other services when downloading things like webpages, files, and pictures. As you can see, Hotspot Shield is more than twice as fast as the next closest competitor. 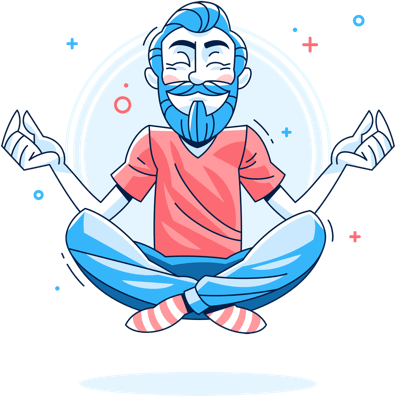 We believe in quality

Although we performed very well in these tests, we’re constantly upgrading our servers, software, and network connections to give you the best possible VPN experience. But don’t take our word for it, give it a try for yourself.

What do you mean when you say “the fastest VPN”?

There are a few different ways to measure VPN speed. If a VPN claims that it’s the fastest service, it may be referring to only one category or it may not have any data to support that claim at all. Here is how we placed in each of the 4 VPN speed categories.

How do I make my VPN faster?

The manual process for setting up a VPN will vary depending on your operating system. Generally speaking, however, you can expect to:

Does a VPN slow down your internet?

A VPN does slow down your internet connection speed because there is an extra step involved when you connect to the internet via a VPN server. It is a small price to pay for the extra privacy and security protection that a VPN connection provides. However, if you’re using a high-speed VPN service, the decrease in speed can be so small that you may not even notice it.

Is the fastest VPN always the best?

Not always. You also have to consider the ease-of-use and security of a VPN solution. A VPN provider could use a minimal amount of data encryption, or no encryption at all, and have a screaming-fast VPN service. But the information that you transmit over that connection would be at risk.

The trick is to find the ideal balance between security and speed. Our solution to this problem was to create our own proprietary VPN protocol called Catapult Hydra. It solves many of the latency issues that we noticed with the IPsec and OpenVPN protocols that we used to use. This protocol is also very secure, which showed in our best-in-study results in the areas of privacy and security.

Give it a try right now and experience the difference.

More about our core technology

Pango has developed multiple patented and patent-pending performance-enhancing solutions as components of its Hydra technology suite. The following information is technical in nature.

Disclosure: The speed test was commissioned by Pango to establish quantitative data on VPN speeds and other factors. While many VPN companies claim to be the fastest, we back up our claims with data.